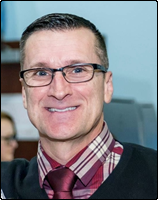 John Whitaker is a native of Gastonia NC. After graduation from Hunter Huss HS in 1986, John entered the United States Air Force where he served 25 years, retiring in 2011. John spent 10 years of his military service flying in support of America’s War on Terror. He has accumulated over 1000 hours of combat time flying missions in Iraq and Afghanistan. John was awarded the United States Air Force Meritorious Service Medal, The Air Medal, 5 times for combat aerial operations, the Arial Achievement Medal, twice, Afghanistan Campaign Medal, The Air Force Combat Action Medal, and The Global War on Terrorism Medal. John has over 200 hours of flight time dedicated to humanitarian missions involving hurricane relief, providing food in third world countries and firefighting mission in the Western United States. John is on the pastoral staff at City Church in Gastonia NC where he serves as Discipleship Pastor. John is a graduate of Southern Evangelical Seminary in Matthews NC. John is married to Amy Whitaker; he has two daughters and three stepsons.

Frank A. Stewart was born in Barranquilla, Colombia. He was educated in American schools and moved to the United States in 1982 to acquire his bachelor’s degree in Business Administration from UNC Charlotte. Frank founded Ultra Machine & Fabrication in 1989 and received his citizenship to the United States in 1992. Over the last 23 years, his company has evolved into an accomplished precision contract manufacturer with several divisions. He has many business interests both domestic and abroad. Frank’s strong leadership is carried over into the community, serving in various capacities including; Gardner-Webb University Trustee and President’s Advisory Board, Cleveland Community College Foundation Board of Directors, Great State Bank Board of Directors, Director, Coastal Carolina Bancshares, Inc., Myrtle Beach, SC, Appalachian State University Walker College of Business Advisory Council and formerly on the United Way of Cleveland County Board and First National Bank Advisory Board. Appointed by Governor Beverly E. Perdue, Frank is currently serving his second term on the North Carolina Advisory Commission on Military Affairs. He currently lives in Stanley, NC with his wife, Michele. Together they have three sons, Philip Andrew, “Drew”, Frank Alexander, “Alex”, and Christian Paul. 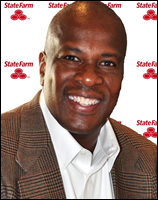 Anthony C. Gallant is a native of Georgetown, S.C. and has been living in the Gaston County region for the past 5 years. He is the son of Val Gallant. He is married to Rosa Gallant a daughter, Kelsey L. Gallant. Anthony attended Howard University, majoring in Economics, minoring in Business Administration. Anthony is the owner of the Anthony Gallant State Farm Agency Gastonia, NC providing insurance solutions for Auto, Home, and Financial Services needs for families and businesses in Gaston County and surrounding areas. Anthony is very active in the community and serves on the Board of Directors for several local organizations including, The Diversified Business Professional Foundation, The Central YMCA, and The Progressive Coalition. Through his State Farm Agency he is sponsors various local events including the Highland Festival and the Youth Basketball League. He attends Mount Zion Restoration Church. 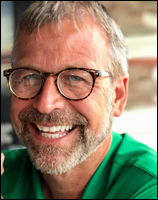 Dickie Spargo has served as Senior Pastor of City Church (formerly Bethlehem Church) of Gastonia, NC since 1990. He graduated from Gardner Webb University in 1982 and from Mid-America Seminary in 1984. He is the proud husband of Tammy and together they are the parents of three beautiful children: Katie, Hannah, and Noah and their grandson Jack. During Pastor Spargo’s leadership as Senior Pastor, City Church has experienced a growth in membership from 60 members to over 3500 members. Pastor Spargo is a native of Gastonia. He has led City Church to be a lighthouse of Hope for our Community. City Church has been the catalytic agent for the largest one-day volunteer event in Gaston County called “Hope4Gaston”. Hope4Gaston won the 2011 Gaston Together Community Leadership Award as well as was awarded the National City Livability Award for the City of Gastonia from the U.S. Congress of Mayors. Hope4Gaston was one of the three initiatives that helped the City of Gastonia achieve “All American City” status for 2010. Pastor Dickie Spargo was given the 2010 Citizenship and Service Award by the Gaston Chamber of Commerce. He was honored as a Paul Harris Fellow by the Rotary Club. In 2009, he was honored with the “Spirit of Freedom Award” by the Gaston Gazette and also became a part of the “Gallery of Distinguished Alumni” of Gardner-Webb University. In 2008, he received the Community Service Award from the NAACP. 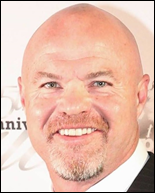 Gerald Kennedy was born and raised in a small town in western Kansas. He is graduate of University of Alabama-Birmingham. Gerald has been living in the Charlotte area for the last 20 years. Gerald is the owner of several Planet Fitness locations in the Greater Gaston area and beyond., He bought his first health club in Gastonia in 2001. Over the past 20 years he has grown the business from one location here in Gastonia to over 15 total locations. Gerald is a former member of City Church, where he served on the men’s ministry leadership team for 4 years. Gerald is married to Nicki Kennedy and they have two sons, Zachary and Brooks and three grandchildren. Gerald and Nicki are great supporters of H4G and many area charities. 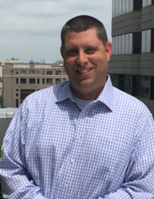 Kevin Laye is a native of Gaston County and currently lives in Belmont, NC.  Kevin graduated from South Point High School in 1991 and went on to receive a Bachelor of Science degree in Criminal Justice from the University of North Carolina at Charlotte in 1995.  Kevin has been a faithful member of City Church for nearly two decades leading various family small groups as well as key volunteer teams such as greeters, ushers, parking lot, and the information desk. For the past 20+ years, Kevin has been employed at Visa Inc. where he is directly responsible for managing one of the largest financial institutions across North America.  Kevin has been married to Angela Laye for 25 years and has one daughter, Caitlin, who attends North Carolina State University.  During his free time, Kevin enjoys traveling, playing golf, walking his dog, Bear, and rooting for Liverpool Football Club in the English Premier League. 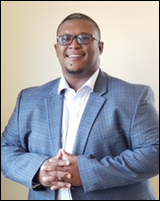 Ricky serves and leads as the Executive Pastor of Worship and Church Operations at Tabernacle Baptist Church in Gastonia, NC under the leadership of Dr. Benjamin Hinton.
He has a passion and love to teach music. He is the band director at Gaston Christian School in Gastonia, NC. He is married to Fran Collins and they have two children, Garvin who attends NC A&T State University and Gabbie who attends South Point High School. Ricky believes “Keep this Book of the Law always on your lips; meditate on it day and night, so that you may be careful to do everything written in it. Then you will be prosperous and successful.” Joshua 1:8 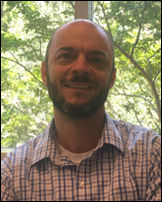 Shane Davis is a native of Gastonia. Shane graduated from Hunter Huss High School in 1993 and attended Belmont Abbey College, graduating in 1997 with a Bachelor’s Degree in Accounting with an emphasis on Economics. Shane also graduated from Liberty University in May, 2020 with a graduate degree in pastoral counseling. Shane attends City Church and volunteers in many areas, including student ministry and men’s ministry. Currently, Shane works in the Supply Chain and Logistics field for a national telecommunications company and is also the Treasurer for Hope 4 Gaston. Shane is married to Catherine Davis and has a son, Caleb, who attends Liberty University and a daughter, Sara, who attends Highland School of Technology.

Thanks to our Sponsors!